Moving From Microsoft Lumia 950 to OnePlus 3

In this blog post I want to share the experience I made moving from Microsoft Lumia 950 to OnePlus 3.

Let me clarify that first: I have always been a WP & Lumia-Lover. I had Windows Phones right from the start and never had another phone ever before. So for me it was clear to also jump to the newest one, the 950, and I was sure to love it. But I changed my mind because of several reasons. Let me explain them to you and of course explain you my experiences with my newest phone, the OnePlus3, here.

As I have been to a huge festival this year there was the possibility to create your timeschedule with all the different artists you wanted to see via your mobile phone. Which was great because you could easily pick your favourites and see where they were playing, for how long etc.

This was done via app and this app was not available for windows mobile. This was kind of the last drop where I realized: How can it be that I always have to draw the short straw with my phone?

I have had this feelings almost everytime you could do something really easy via your mobile phone. Well, as a Windows user you could not. And even if there was an app for this it was not well implemented.

Don’t get me wrong: I could do almost everything I wanted with my phone. Through the normal websites you can do a lot of stuff without an app, the rest of the things you wanted to do were not really necessary or you could not even do them because your phone was not able to. And this last this was really offending me more and more.

Another story: I was in a project at a customers place and they were discussing about getting their angular application to mobile via cordova and stuff. They wanted to participate from my knowledge so I was consulting them and joined the discussion. As I said that you are able to build for every platform their eyes really got bigger and bigger and they were really interested. As I started naming all the platforms and mentioned “Windows Mobile” they suddenly interrupted me and said “Nobody cares about Windows Mobile”. This was not to offend me. It was said in the room like a statement. Standing there. I was quiet for a little time and went on.

But this showed me that also customers do not care about Windows Mobile.

Another one of the many problems was that the first move to a “one windows on all devices” was kind of shaky on the phone. Yes the 950 has power, a great display etc. but it was not stable and normal apps you wanted to use acted not stable. Also there have been no updates very often.

So all of this and a lot stories more (like the percentage of people using it is decreasing and decreasing etc.) brought me to the fact that I had to switch phones. Period.

Well and here is my first confession: I was lying to you. Right in your face because I have not ever had only Windows Phones and Lumias. There was a short period (about two weeks) where I had a really small and not powerful and cheap Android Phone. And I hated it. I could not do anything with it.

But I wanted to give another OS a chance without spending tons of money on it. An iPhone is interesting for sure. But its very expensive and for the “first try” after switching platform? Pheew, thats a lot of money.

Then I came to the OnePlus3. Which is still at 399 EUR which IS a lot of money but this is way cheaper than the iPhone and it has got great specs.

After a short talk with a friend of mine who already has the phone (Benjamin Abt / Schwabencode) I ordered the OnePlus 3 over their store online.

I had to order to Germany because I am living in Switzerland where the OnePlus-Team did not ship at that point of time. Don’t know if this has changed.

It arrived and the first impression was good. It was not overwhelming and not bad. Again: Do not get me wrong, the phone looked awesome! But so did the Lumia 950. There was no “WOW WHAT A PHONE”-Moment there. The 950 set the standard very very high especially looking at the outward appearance. 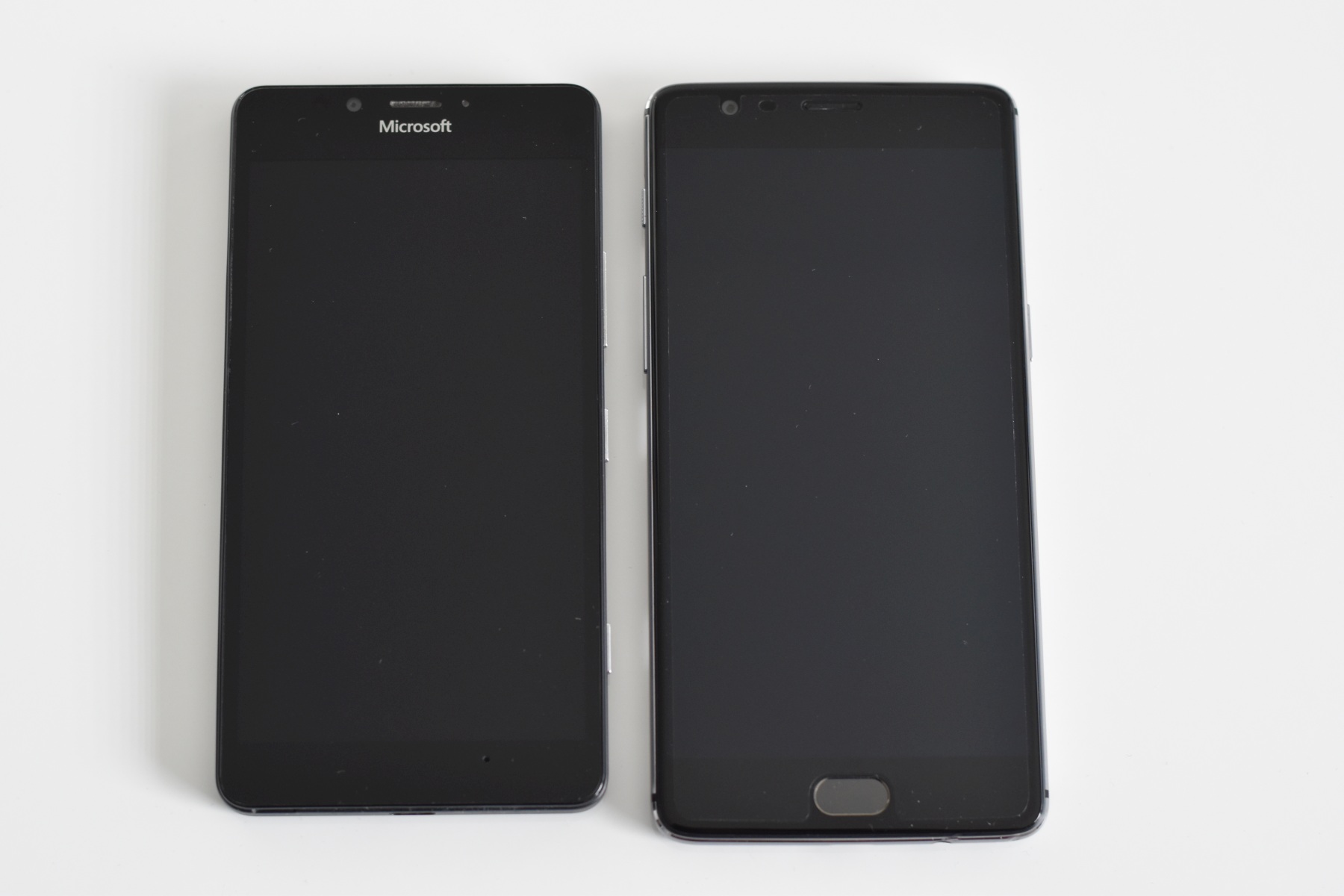 I booted it and began to invest in how to get my complete Microsoft environment onto Android. My first walking steps if you want.

It turned out that this was not a big deal because Microsoft has alsmost everything you need available for Android. So this was okay. And as I started to work with the phone I realised: Wow, it is freaking fast!!!

The speed of the phone was really one of the first things that made me stunning. That was awesome! And I thought the Lumia 950 was fast. Well sure it is but the OnePlus3 is faster. Apps are open almost immediatelly. The fingerprint-sensor is also very fast (I read that it is one of the fastest on the market, not sure if this is true, got no comparison…the 950 does not have one ;)

So the speed was one thing which was very impressive. But I can not say that it is Android itself or the Hardware. But in the end I do not care about what it actually is: Its fast and that is what counts. 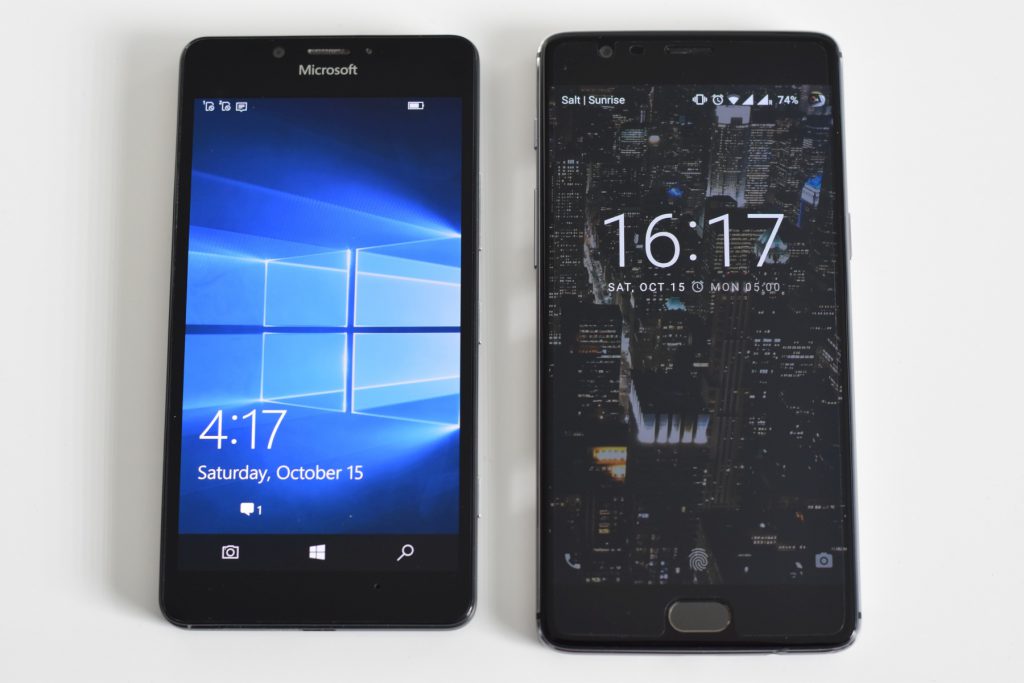 This paragraph now might put a smile on every not-windows-phone-user. But I began to explore and enjoy apps on my mobile device. Which was, like I mentioned, not unfamiliar to me because the 950 HAD Apps (against all rumours there are no apps for the Lumia), but not that many and not that useful ones. I can now have a look into my bank account, I can use a better twitter app, skype, slack, outlook, news-apps, parkkingcard for the place I am living…all this can done via app now. Before most of those apps I use now where not build for windows mobile. And I did not know what I missed because all of the Microsft apps are still there. 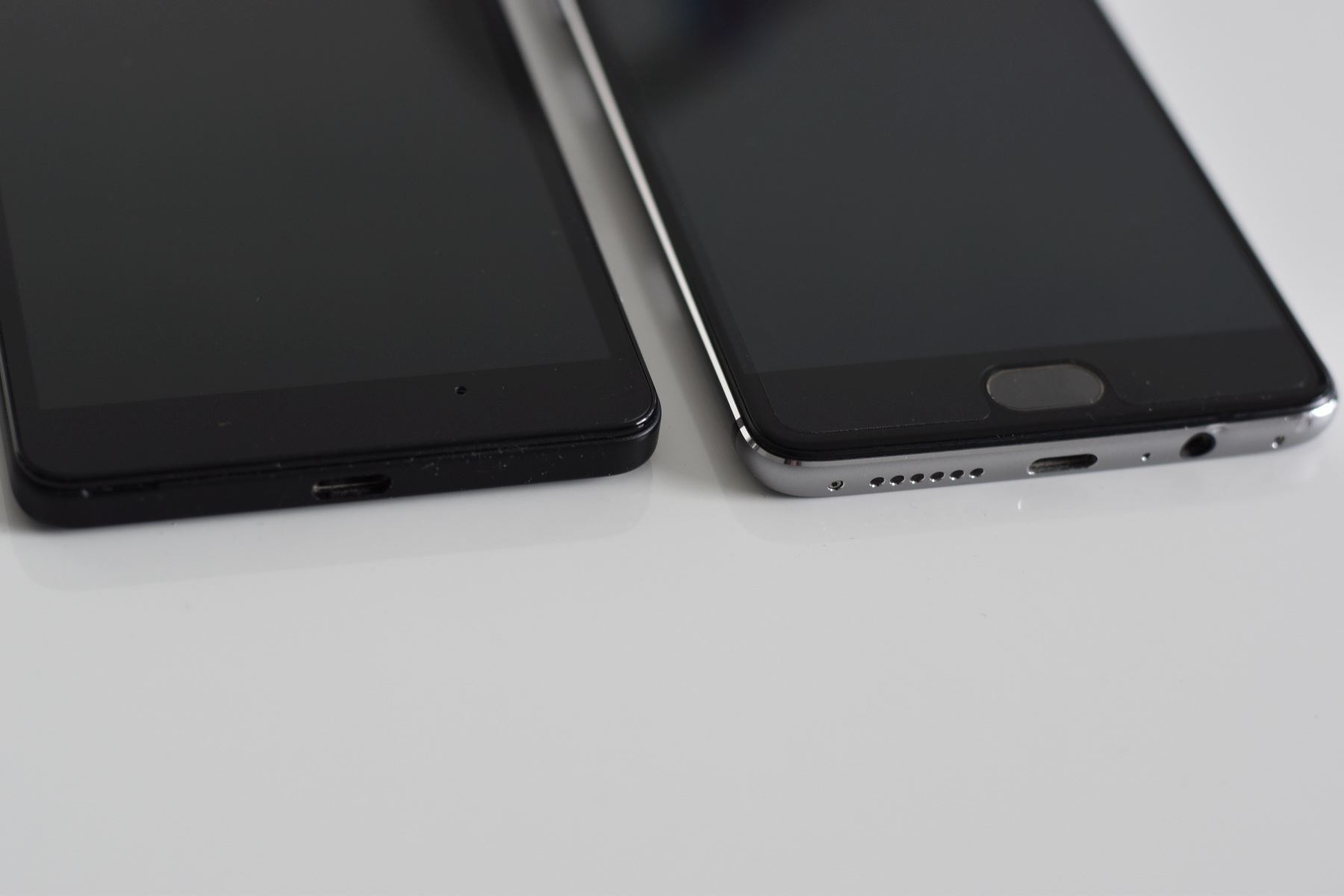 Another thing I noticed was the data usage of the OnePlus3 or better: of the apps. I have a volume contract of 1 GB per month. Which is totally fine for me but should not be less than 1 GB. And I use Twitter very often. On my windows Mobile device the app was consuming a lot (!) of my monthly volume. I do not know why and I am not 100% sure to blame the Twitter app for WM for that. But with the OnePlus3 my monthly data usage decreased a lot. If I have the real reason for this I will let you know.

The hardware is also pretty great on both devices. But the OP3 has alu which looks a bit nicer and it has got this notification slider on the side where I can choose which notifications shall come through by only slide this button up and down. This was really impressive. Also the fingerprint sensor I mentioned is cool. 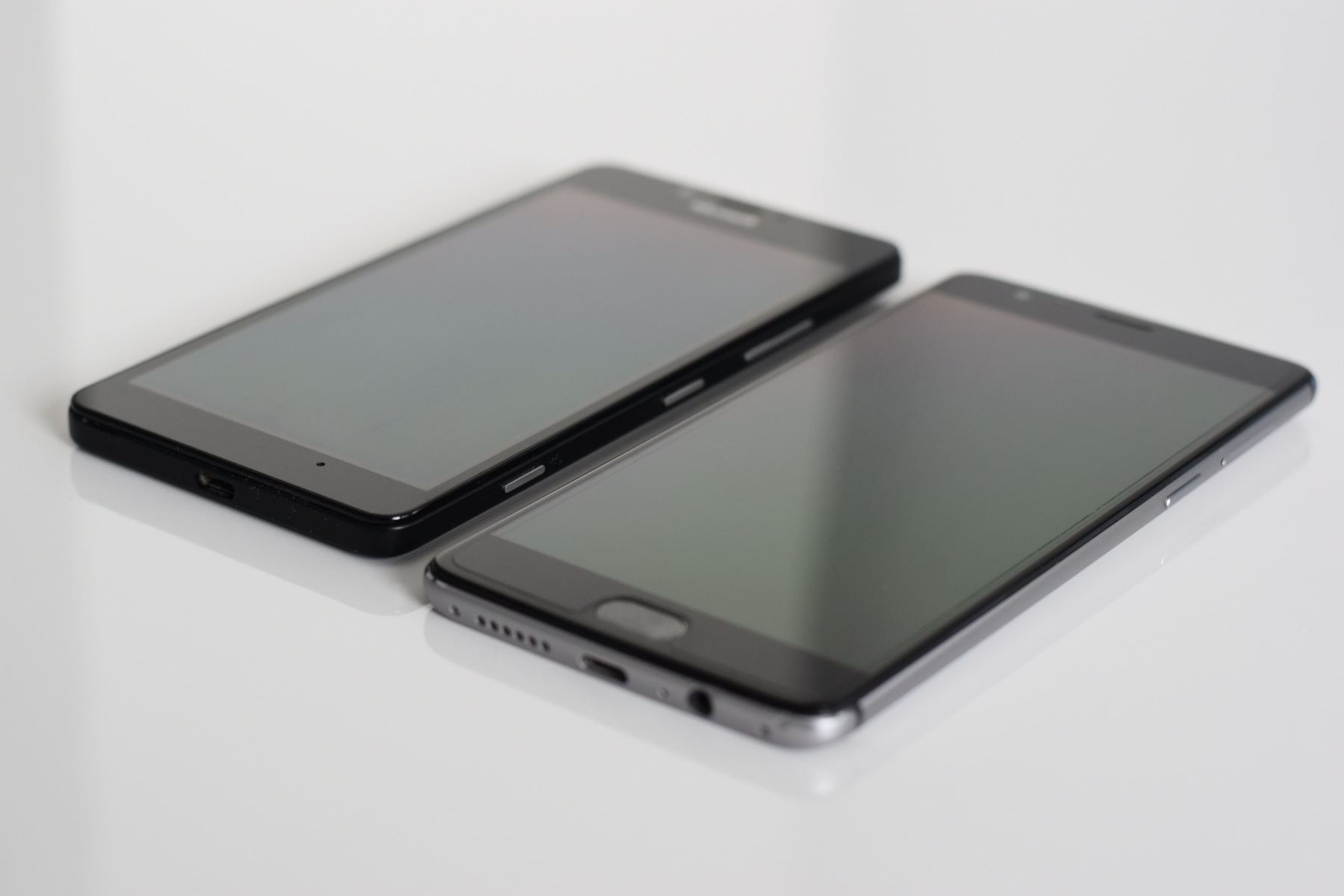 Well, not everything is better with the new phone. So of course there are some things I really miss. First of all: the life tiles. Damn they are great. My OnePlus 3 has a frozen desktop. Not much interaction on it. With the Lumia 950 I felt the phone was more interacting with me even when I did not use it directly. Tiles were turning showing me some data which could be interesting for me. That was great, I miss that a bit.

Second thing which I miss is the camera. As a windows mobile user I was used to the good camera the devices had since…ever. And here the same thing: I did not know how good it was because I did not have a possibility to compare. The camera on the OP3 is absolutely good and is fulfilling all my needs. But it does not have got the quality of the 950 camera. I miss this camera a little bit, too.

The next thing I do not miss directly but it shows me that from my last experience with android the OS developed a lot but is still not perfect. Or are this the apps? I dont know. But sometimes thee is a setting which is suddenly turned off instead on, sometimes things are a little weird. Outlook mails do not show my trash folder anymore but I can empty it. Such kind of things. Not heavy stuff. Maybe I can fix it with a new installation…I will do that when I have time ;)

Also the mentioned camera is a little bit prominent on the back of the phone. I do not care a lot because a friend of mine is sewing me bags for my phone everytime I got a new one so it is covered a little bit, but the Microsoft Lumia solved this problem a little better. 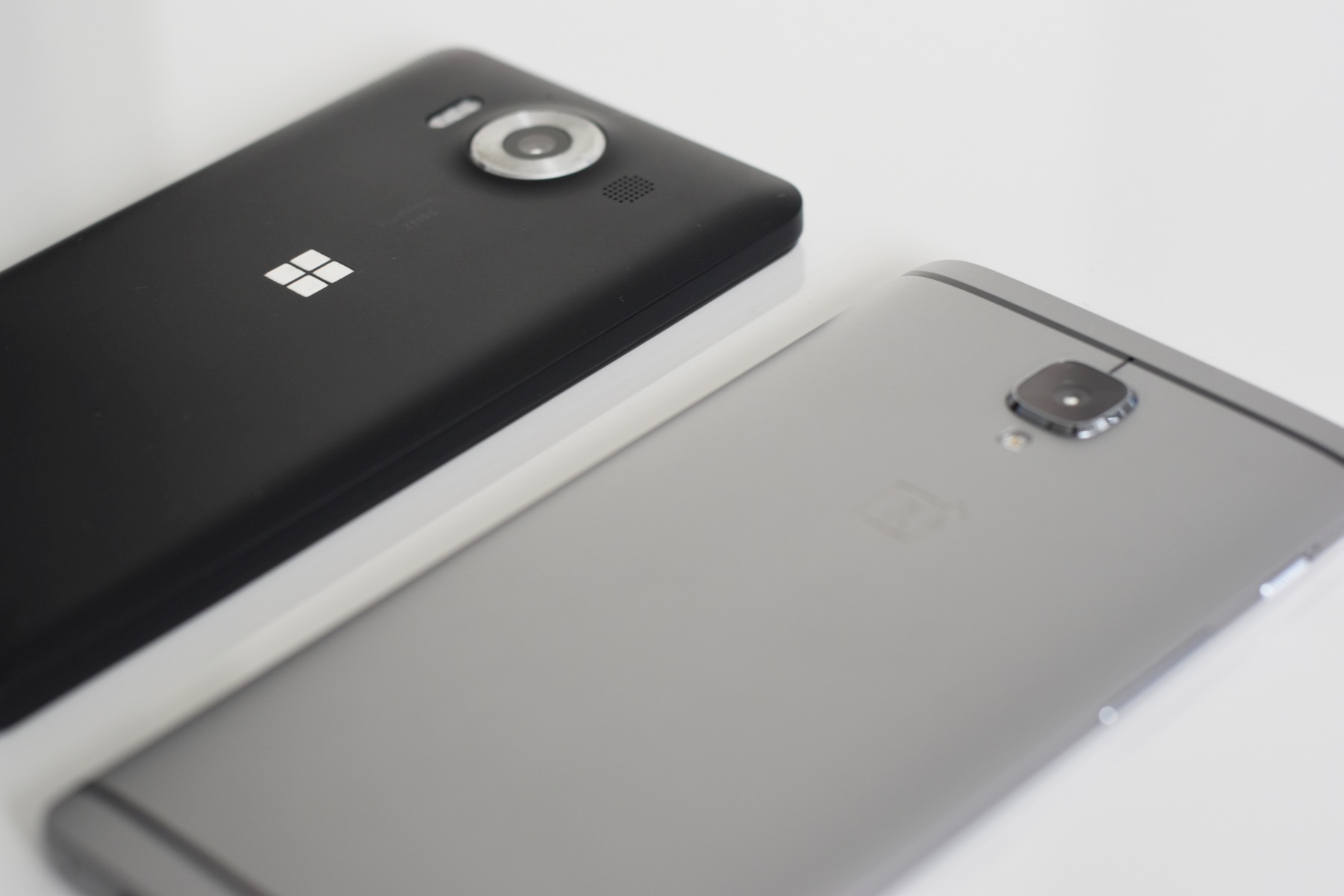 I will not go back to a Windows Mobile Phone for a long time. I really enjoy having my new OnePlus 3 because finally I can do everything I want with it and it is fast as hell. But I will never forget my Lumia. I will put it in my closet – keeping it and not throwing it away. And I will think of it everytime I think of a mobile phone because I hope the Windows Mobile OS gets better and better and perhaps one day I will get my Lumia out again enjoying it as much as I enjoy the OP3 in the meantime…

How to Set Up Angular and Webpack in Visual Studio With ASP.NET CoreHow to Debug an Angular Application With Chrome and vs Code Scroll to top
Cookie-Manage consent
We use cookies and similar technologies (tracking pixels), as far as this is technically necessary for the provision of our services (e.g. language settings), as well as to the extent that you have given your consent to the processing (e.g. analysis and marketing cookies).